I regularly fly to Copenhagen for work, and once in a while I’m assigned a front row seat — an ostensible upgrade. This must happen randomly as I have not requested or paid for it. But after experiencing it few times, I’d be inclined to pay to not sit there again. 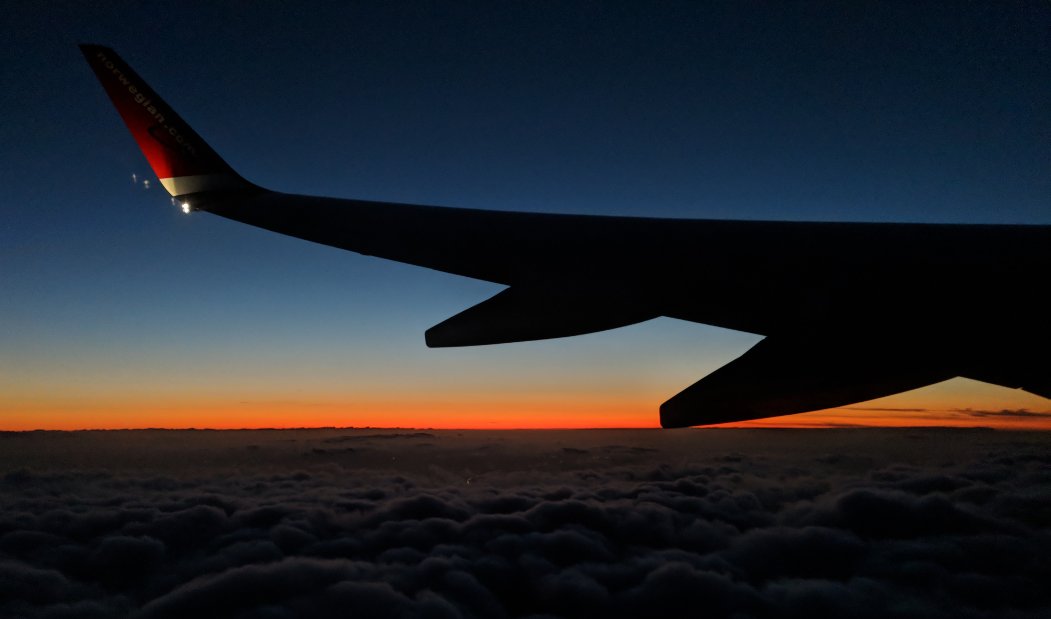 One of the joys of business trips is traveling light. For a one or two day trip, I can fit all I need in my briefcase, and there’s no need to queue early to be sure to get a space for my carry-on suitcase in the overhead bins. (I entirely avoid checking bags when I can.)

After boarding I work until it’s time to take off, and then I slide my laptop in my briefcase and the briefcase under the seat in front of me. Once we’re in the air, I slide it back out and get some more work done, without asking my fellow passengers to get up while I get my bag. Easy peasy.

Bags Must Be Stowed

The first problem of the front row stems from the rule that bags must be stowed in the overhead bins during takeoff and landing.

If I board early, I can put my bag in the overhead bin and sit down without access to my stuff while everyone else is boarding, with the added bonus that if I sit in the 1C aisle seat, every third backpack-wearing passenger will bump their backpack into me as they pass.

If I board late, I get to the second problem: There’s very little overhead space for the first row passengers because a lot of the bin space is reserved for kit needed by the cabin crew. The little space gets filled quickly and I’ll have to go further down the rows until I find an empty slot. This is not a problem at first, but after landing, once the disembarkation stampede begins, getting from row 1 to 4 to get my bag while a hundred people are impatiently going the opposite direction is not great.

I think one of the supposed advantages of the front row is to be one of the first people to get off the plane. But that’s not likely to happen if you have baggage. Row 2 and 3 are better. Therefore I was happy when I was recently assigned seat 2E. That lasted until I got on the plane and it turned out that, on the right side (D-E-F), row 2 was the front row on that plane — no row 1.

The above is just my annoyances with a process I’d like to run smoothly as part of a routine. On the short flight from Aalborg to Copenhagen, more time is spent boarding, preparing, taxiing, and disembarking, than the actual 30 minutes in the air. On rarer, longer trips the efficiency of getting on and off the plane seems less important, and the leg room perhaps more important.

Leg room depends on how the airline configures the seats. I often fly with Norwegian and despite their label as a low-cost airline, they have enough room in standard economy to fit my long legs — perhaps because they’re Scandinavian. Either way, the value of a front row seat in this regard will depend on your legs compared with the leg room of your chosen airline.

But the extra room can be useful to others as well. What I’ve found is that the (not that large, by the way) space in front of the front row seats is where the front toilet queue goes to stand every time the crew needs to pass with a trolley.

All this is by the way as it relates to short-haul single-aisle aircraft with no business class seats — only “economy with extra legroom”. These extra legroom seats are exactly the ones I’d like to avoid. The emergency exit rows have some of the same problems as the front row, but with more overhead bin space and less toilet queue. But I’d take a standard economy seat over that as well.